Who knew something so tiny could cause so much harm? Increasing evidence shows that microplastics (MPs) – tiny plastic particles found in the environment and in several everyday products – don’t only act as carriers that transport contaminants into organisms, they also induce serious health risks. .

It has been established that Persistent Organic Pollutants (POPs), such as MPs, may be major contributors to T1D due to their effects on autoimmunity and the gut microbiota. The MP most known for their diabetogenic effects are phthalate esters (PAEs).

A study examined this connection by determining whether MPs could transport and release PAEs into the mouse gut and render consequential toxic effects. The study’s results provide valuable information regarding the health risk of MPs and plastic additives:

Another type of PAE, polybrominated diphenyl ethers (PBDEs)are brominated flame retardant chemicals and environmental contaminants and have endocrine-disrupting properties associated with diabetes and metabolic syndromes. A study found PBDEs to be especially harmful in the maternal environment, possibly leading to long-lasting metabolic consequences during early-life development. Results from in vivo glucose and insulin tolerance tests and ex vivo analyses showed that:

Given the harmful effects of using MPs revealed in these studies, especially with PAEs, it is important that the major sources of plastic additives in our daily lives be identified so as to reduce the risk of exposure and subsequent possible development of T1D and other metabolic syndromes.

Jaylyn Porras and Mariana Turner Links between Pollutants and Diabetes/Obesity:  Epidemiological studies have found that people with higher exposures to persistent organic pollutants  (POPs) have… Researching the Gut Microbiome Connection  By: James LeFevre and Jenna Feeley Autoimmunity and Microbes: What We Know The gut microbiome is increasingly understood to have… 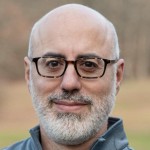