Fragile X syndrome (FXS) is the most common form of inherited intellectual disability and most common genetic cause of autism spectrum disorder. This occurs when there are over 200 repeats on the FMR1 gene of the X chromosome, leading to excess FMR1 mRNA, which is neurotoxic. Men are most commonly affected as they have only one X chromosome. FXS presents with symptoms of cognitive impairment, sleep problems, increased risk of seizures, repetitive behaviors, physical abnormalities and those related to anxiety, OCD and ADHD. Women with this mutation on one X chromosome do not present with the same symptoms, but have an increased risk of ovarian insufficiency, cognitive deficits and neurodegenerative movement disorders. Currently, there are no drugs specifically approved to treat FXS.

A 2017 paper used a Drosophila model of fragile X syndrome to study how it is related to insulin signaling. This model mutates Drosophila homolog dfmr1 and leads to behavioral and anatomical defects.

Another 2017 paper used a knock-out mouse model of fragile X syndrome to similarly study if metformin may be used to rescue symptoms and overall phenotype. This model leads to behavioral changes similar to humans, including lack of social novelty, increased self-grooming (related to repetitive behaviors), seizures and hyperactivity. Metformin had the following effects:

Following these results in model animals, a 2019 paper studied the effect of metformin treatment in nine boys between 2 and 7 years.

While this study was not double-blind or placebo-controlled, there are ongoing Canadian and American phase 2 and phase 3 clinical trials using metformin as a treatment for FXS.

The takeaway: Metformin, which is normally used as a T2D treatment, may also help treat fragile X syndrome, as based on data from model organisms and human trials. This may also suggest that similar pathways are involved in both disorders.

it runs in the family: T1D-associated genes (part 1) By: Shruthi Kandalai It has been noted that T1D is a multifactorial disease, meaning that it… 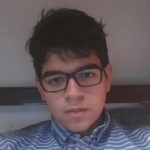